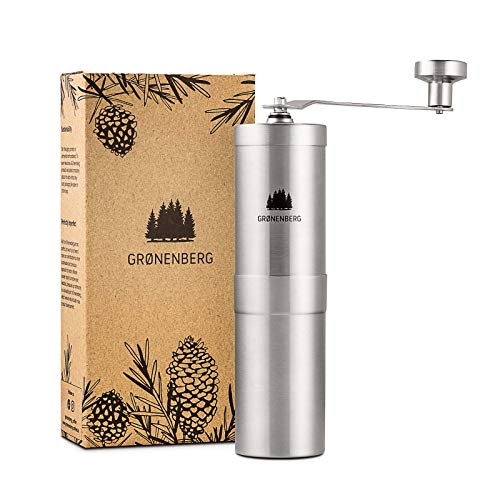 Home coffee purists, though, will often tell you that they get much better results by manually grinding the beans and using the ground coffee immediately in the machine. Before we go any further, the term ‘manually’ is a little misleading depending on who you talk to.

There are manual coffee grinders which require you to put the effort in yourself to break the beans down, but there are also electric versions too that take the elbow grease out of the bean preparation. Truth be told, it’s not exactly back breaking work, but it’s worth pointing out that the electronic coffee grinders exist too, and often that’s what people who talk about manually grinding coffee beans are really meaning. We’ll cover both below, but wanted to be clear up front that manual doesn’t really mean manual to everyone. It just refers to putting ground coffee into the machine (or cafetière [or whatever!]).

Most bean to cup options do offer you the choice of whether to use whole beans or ground coffee, but don’t be surprised to see a huge expanse of space in the bean hopper while the ground coffee chute in tiny in comparison. That’s nothing more than a reflection of the fact that you would want to grind beans down immediately before making the coffee, so there’s no point in providing space to store it in the machine as you would with the whole coffee beans – they’d just dry out, go stale and produce much lower quality coffee as a result.

Choosing a good grinder is relatively easy if you don’t know much about them – we’ll show you Amazon’s top picks in a moment as a guide. Choosing the perfect grinder is something entirely different, as it will come down to personal choice. In other words, we can point you in the direction of something good and worth buying if you want to try manually grinding the beans before you brew your coffee, but if you’re already an expert then stick to what you know because you’re unlikely to be the sort of person we’ve written this article for.

First, we’ll look at manual coffee grinders, to keep the pure coffee purists we were talking about earlier happy.

Now, here’s the electric alternatives, which you might also hear referred to as automatic grinders.

As you can see, the grinder selection above isn’t limited to the big brands that you would associate with the coffee machines we review, although there is definitely some overlap in the market, especially with companies like Sage.

Buying a bean to cup coffee machine is something that the majority of people (myself included!) do to get great coffee at home, rather than having to drink instant, or buy ground coffee to put in a cafetière. If you have plenty of time, and think you’ll notice a big enough difference from grinding the beans yourself before letting the machine at them, then that’s a logical route to choose.

Perhaps I just don’t have a refined enough palate, but for me, the quality isn’t significantly different so doesn’t justify the extra effort required and additional spend on the coffee grinder over and above that offered by a good bean to cup machine.