Today, we’re going to have a look at the entire Delonghi bean to cup range, to try to explain how the naming convention works once and for all. We’ve spent a long time wondering about writing this page, and the time has come to have a stab at explaining what seems to be unexplainable!

If you’ve read through our reviews, you’ll know Delonghi score very well indeed, and have a wide range of machines available, firstly to suit and budget (assuming you’ve got the funds and inclination to pay £250 or more for great coffee) and secondly to suit all tastes.

To get started, let’s talk about the plain English names used to categorise the various makes and models. Remember – we’re only talking bean to cup for now, there’s also Nespresso pod and filter coffee machines too, but we’re addressing grinding beans from scratch as an all in one coffee brewing process.

Almost since day one of creating this website, our top recommendation has been Delonghi’s Magnifica machine – the ESAM4200. There’s also the ESAM4000.B and the ESAM2800 to consider here too, all of which tend to be priced differently, yet are broadly the same machine. You’ll see the ESAM4200 referred to as the ESAM 4200.S too – the letters on the end are used (normally) to define the colour of the machine – with the ESAM4200.S, you’re getting a silver one, with the ESM4000.B it’s black. More on that later though! 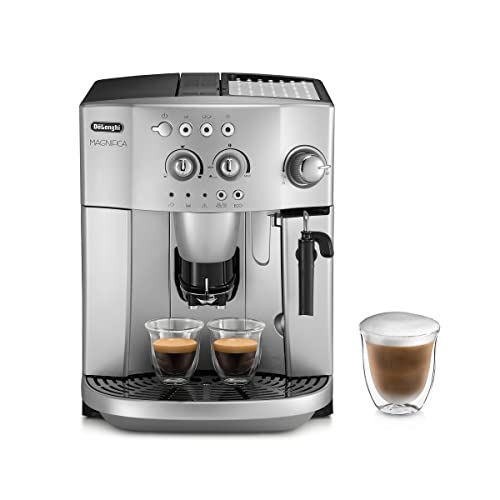 As a general rule, Magnifica machines are entry level and (in theory) for those on a tighter budget. However, as the machines tend to change price independently of each other, you can sometimes find that the Eletta machines (coming next!) are cheaper than one, several or all of the Magnifica variations. Remember, nothing changes about the features, just the price.

While Magnifica machines are often marketed as Cappuccino makers (along with other coffees involving milk), it’s important to note that it’s a manual process. You get a steam wand to froth milk in a jug, it’s not something the Magnifica will do for you.

As entry level machines, Magnifica offers a solid, well built machine with chunky controls and lack any feedback in the form of LCD or bigger screen displays. Instead, you’ll just get a light coming on when the time comes to run cleaning cycles, for example descaling your Magnifica coffee machine. If you’re not good at learning to work technology, that in itself might be reason to spend a little more on a higher spec machine. 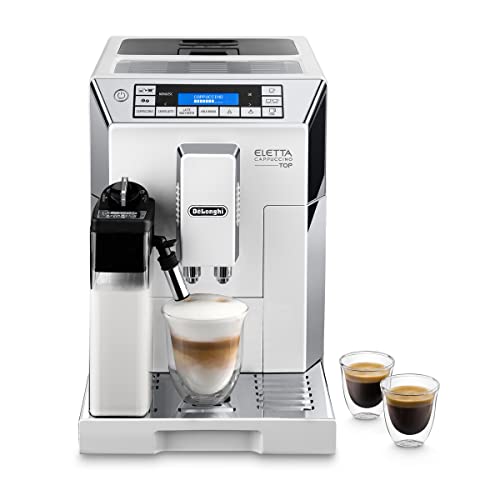 Elettas are the machines we most commonly recommend to people with larger budgets. They come in both black and white, as the Eletta ECAM44.660.B and ECAM45.760.W respectively. There’s also a third variation called the ECAM44.620.S which doesn’t include the milk texturing system, so like the Magnificas, you’ll need to use a manual wand to make cappuccinos. With the full feature Elettas, however, you can make lattes, cappuccinos, flat whites and hot milk automatically, with the machine handling the whole process. Again – note those letters on the end – W for white, B for black and S for silver. Again though, the numbers change too, but it’s best to ignore that – to all intents and purposes (bar simple things like the order and position of the control panel buttons) the black and white machines are the same.

There’s no getting away from the Eletta machines being more expensive than the Magnifica machines in general – as we said, the prices do fluctuate, but these are a clear step up. You get a text based control panel screen, which has a progress bar style meter to show you how far through creating your coffee it as, and will also provide a message to tell you when a descale is needed or it’s time to empty the grounds from the tray (which is a simple case of emptying the spent ground coffee pellets from a removable tray). In fact, the machine will even tell you when you need to fill the water tank, although that’s a good one to keep an eye on yourself, as otherwise you sometimes end up with half a cup of coffee when the machine notices it’s low. 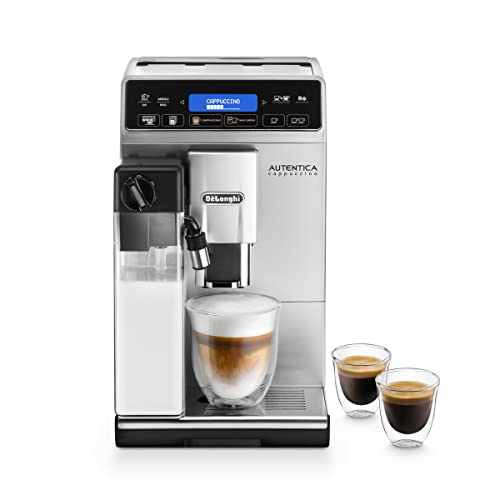 Judging by the questions we get asked, it seems a lot of confusion comes with readers when they try to understand the difference between the Autentica machines and the Elettas. The simplest way to think of them is slimline editions. That means they’ll take up less space on your kitchen worktop, but as a tradeoff, you need to fill them with water more often as the tank is smaller as a result. If you’re not sure, we’d stick with the Eletta, as filling up the water more often than you need to can feel like a bit of a pain. On the other hand, if you are really tight on space, here’s your solution in the Autentica range.

As a comparison, the two Eletta machines (black and white) with milk texturing system translate to the slimmer Autentica ETAM29.660.SB (silver and black in case you’re wondering!), and the manual milk wand Eletta ECAM44.620.S lines up against the narrower Autentica ETAM29.620.S.

ESAM Vs ECAM Vs ETAM

As you may have noticed, in general, the model numbers associated with the Delonghi Magnifica range tend to be assigned ESAM, the Delonghi Eletta range are ECAM and the Delonghi Autentica range are ETAM. Sounds simple, but then just to confuse matters the Dinamica machines completely break with that logic! 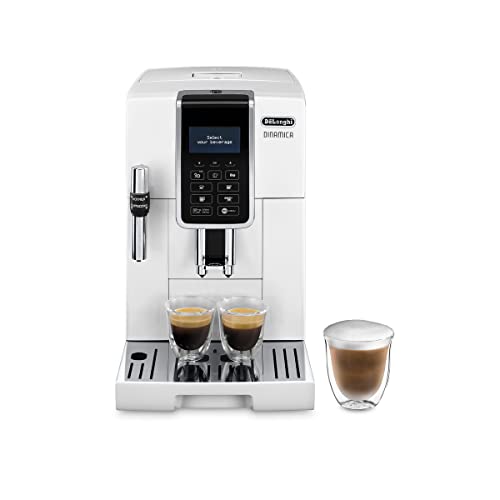 The Dinamicas are a more recent addition to the range, and they bring a little more intuition to the control panels with displays that are more advanced than the other machines we’ve already mentioned. 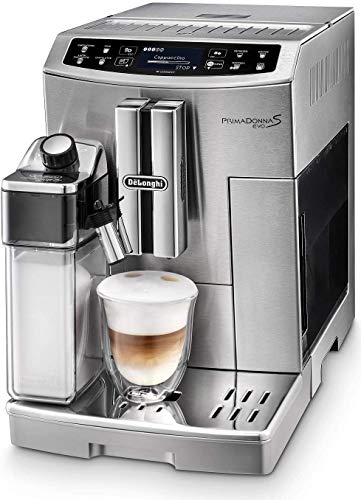 Just when you think you’re getting the hang of things, to confuse matters even further, there are also Delonghi Prima Donna coffee machines too. These are the cream of the crop, adding features like the Delonghi Coffee Link app and also features the bigger intuitive screen. This time we see another ECAM model, the ECAM55.510.M. We kid you not, not S for silver this time, but M for Metal!

Really, these are only going to appeal to people wanting the most wow factor and are going to be prepared to pay that extra amount to get it.

Hopefully that all made a reasonable amount of sense – it’s a strange system when you first come across it, and we’re still yet to find a logic that works and applies to every machine past and present that fits with the names and model numbers.

With a bit of luck, you can probably see that things are relatively straightforward to a point, the choice between Magnifica vs Eletta comes down to whether price or automation is more important to you – if money is tight, choose the Magnifica, but if you can spend more and like a milky coffee like a latte or a cappuccino, go for the Eletta. If it’s Eletta vs Autentica you’re wondering about, it’s purely space. If you’ve got room, it’s Eletta every time for us, saving the hassle of filling the water tank more often than necessary, but small kitchens are where the Autentica shines..

Beyond those three lines, you can spend more and get the Dinamica for greater style, and even more so with the PrimaDonna.

So there we have it – the five lines in the Delonghi bean to cup world to set the record straight, or to misquote Douglas Adams, set firmly crooked!