When you look at our bean to cup coffee machines reviews, you’re probably fully aware that you’ll need to regularly buy coffee beans, just like you would buy a jar of coffee granules every so often to drink instant. What confuses many people with their first bean grinder is just how many varieties of beans there are out there. We’ve talked before about how people sometimes expect to have to buy a particular coffee machine to get the Starbucks effect, but the fact of the matter is that most of the taste is in the beans, and the program you choose on your automatic coffee machine.

In this post, we’re going to be talking specifically about coffee beans, one of the most common side purchases alongside the coffee machine itself. Choosing the right coffee beans is actually one of the secrets in learning to be a good barista, and is arguably more important that knowing the machine inside out, as a lot of the process is done for you electronically.

So, once you’ve got your machine, regardless of whether it’s by Delonghi, Sage, Melitta or someone else, don’t be shy in choosing a few different types to decide on your favourites – you’ll be surprised how much difference it can make! 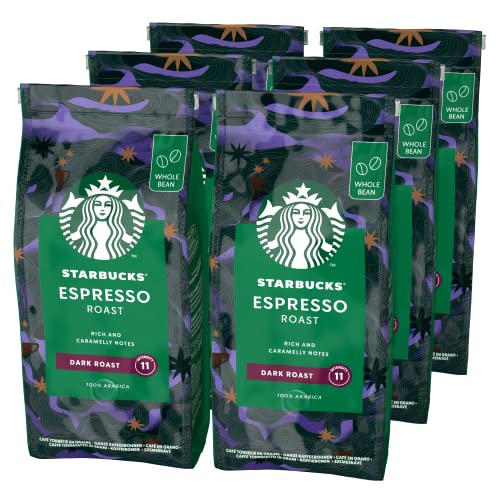 As we’ve already mentioned Starbucks, that would be a great place to start, as you can buy their beans online as well as in store. You don’t have to go directly to Starbucks though, you can also buy them from some supermarkets too, such as Ocado. Even then, they offer a range of different coffee types to try.

As usual, we’re going to include Amazon in our discussion, and as you’ve probably guessed, they too can sell you Starbucks coffee beans! Fortunately, Starbucks don’t expect you to be an expert in coffee specifics to buy their beans, so often label their packaging to guide you. For example, here’s an example of one of their Espresso beans:

Given that we’re trying to define the best coffee beans Amazon sell, that’s a very good start if you happen to be a Starbucks fan. There are plenty of people that aren’t so keen on the American giant’s offerings, though, so let’s also mention some big sellers that we see flying off Amazon’s shelves here at BeanToCupCoffeeMachines.net. First and foremost, we should point out that until we came to writing this post, we’ve not really covered coffee beans in detail before, so this information is based on them selling as add-ons to the coffee machines, or at least are what customers buy after clicking over to Amazon from our site. That’s probably not hugely important, but we believe clarity and transparency is important when it comes to you spending your hard earned cash! 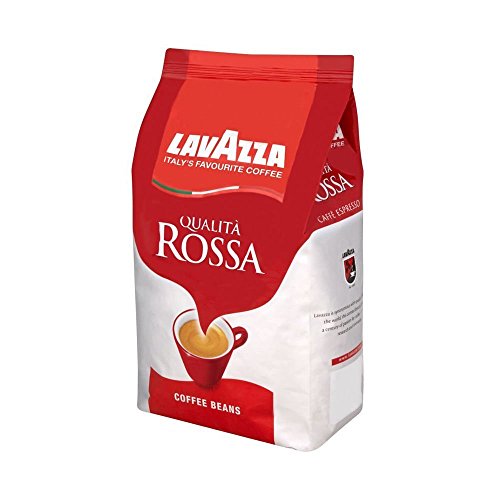 When you see this company, you might instantly think of Lavazza coffee pods, which are commonly in prominent view in the coffee aisle of supermarkets, but they also produce their coffee beans for use in bean to cup machines. Two of their lines are very commonly bought from Amazon with coffee makers, namely the Espresso Tierra and Qualita Rossa packs. Both are most popular in the one kilo (1000g) packages, but can often be purchased in multi-packs. For your first purchase, if you’re new to Lavazza beans, we’d recommend going for the single pack until you know whether you actually like the flavour. Take it from us – six kilos of coffee you’re not keen on will last a very long time!

The Qualita Rossa beans tend to occupy the highest spot in Amazon’s UK coffee bestsellers list of any coffee bean, so they’re clearly very popular in general, not just among the readers here. Other brands to look at based on our previous sales include Taylors of Harrogate and Illy beans, again, these are usually available in larger supermarkets if you can’t wait for a next day delivery from Amazon! Here’s the link:

So, there’s a couple of different choices for you to have a look at based on both the tastes of the mainstream Starbucks crowd, and additionally what we’ve seen sell well specifically with our most commonly bought bean to cup machines.