Heston Blumenthal is undeniably one of the biggest name chefs in the UK, and has carved out an image for himself as a cross between a orld class chef and a mad scientist with his TV shows, including Kitchen Chemistry and Heston’s Fantastical Food. It’s easy to admire the TV personality and forgot his other achievements, including setting up Berkshire’s Fat Duck, one of the most highly renowned restaurants in the country.

It’s no great surprise then that Heston has put his name to some of the most quirky coffee machines on the bean to cup market. Like Melitta, he has two entries on our top ten list, and they’re certainly not there for any reason connected to his celebrity status, but entirely on merit. They’re undoubtedly closely linked to his knack for thinking outside the box, and that brings a fairly hefty price tag. Having said that, when you stack them against the commercial bean to cup coffee machines, they don’t look so expensive at all, and can certainly rival their quality.

The highest ranked machine by Heston in our table is the Dual Boiler, the most expensive coffee maker in our top ten. At the time of writing it’s around three times the average price in the top ten, so be sure to take a look at the complete review if you want to learn more about just why we, and Heston’s previous customers love it. You’ll also find the Barista Express makes its entrance in the top ten too, much more similarly priced to our mid range entries than its big brother.

What Heston’s range of coffee makers will give you is an unusual addition to your kitchen that looks very impressive indeed. If you love parading your gadgets in front of your mates and love coffee too, these will truly be welcome in your kitchen. Yes, they’re a bit of a purchase for a show off, but yes, they make great coffee too! 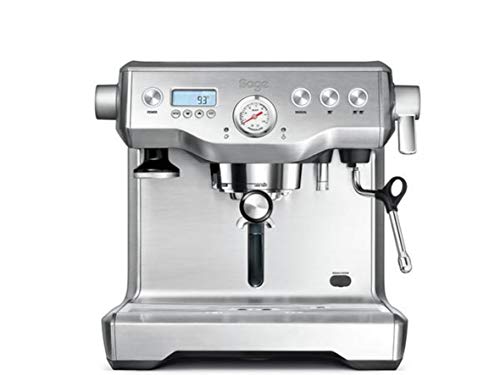 By far the most costly machine on the site at the time of review, the Dual Boiler is going to be irresistible to some and look like an insane choice to others who will immediately discount it on price alone. For those that are interested and managed not to wince at the price tag, the Dual Boiler is probably as close to perfection as you’re likely to get from a home coffee maker. This machine is a bit like a chemistry kit for big kids, who happen to be into coffee, which given Heston Blumenthal’s image in the culinary world should be no surprise at all. Read our full review of the Dual Boiler here. 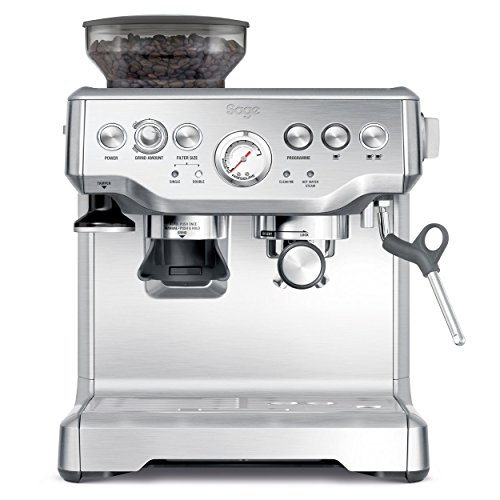 For people with a little less desire to have the flashiest items in their kitchen, the Barista Express will probably make a better and more wallet/purse friendly choice. It’s got less in the way of gadgets and gizmos to play with than the Dual Boiler, but let’s not forget that the main objective is to be able to make a great cup of coffee, and the Barista Express does just fine in that regard. Take a look in detail here.