Coffee pod machines are incredibly popular, and the coffee snobs we are, it does somewhat surprise us. We’ve heard a lot of arguments about what makes them so great, which usually boil down to them being fast and easy to use, and consistent in the coffee they produce. Well, we’d say that the same is true of a bean to cup machine, but there’s one big difference – quality.

Bean to cup coffee machines are quite simply superior if you really love your coffee, that’s why we’ve built a website all about them. Don’t get us wrong, though, you can do a lot worse than a coffee pod unit. They’re certainly going to give you a better caffeine hit than instant, that’s for sure. There’s also those cheap and nasty percolator style machines from the eighties (remember the TV ads?) which have no place in modern society at all given they cost almost as much as these coffee pod varieties. Perhaps, then, we’re knocking the pods a little too much, but we do want to be clear, if you can afford it, buy one of our top ten machines on the homepage, but if not, we’ve got you covered on this page!

We were going to call this section ‘Best Pod Coffee Machines’, but we realised we weren’t overly happy about that title for a couple of reasons. Firstly, we’re relying heavily on other people’s views, including previous customers, as usual. Secondly, best implies that we’re saying we really recommend something, so we’re going to leave that for the site’s main focus on the bean-to-cup models, and simply bring you the most popular choices instead, based on previous customer ratings. 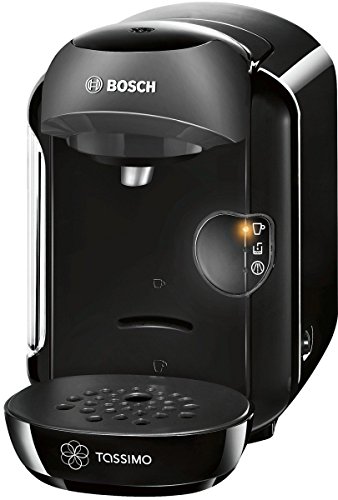 The Bosch Tassimo Vivy is Amazon’s top seller at the time of writing (mid-July 2016). That’s almost always a good indicator of good value, and by that we mean a good machine relative to similar models, and usually at a good price too.

The key features of this machine is it’s instant-on technology, meaning that you’re not waiting several minutes for your coffee to start to appear in your cup. It’s also a very small machine, particularly when compared to bean to cup alternatives, so will appeal if you’ve got limited surface space in your kitchen, or want to put it away in the cupboard between uses.

As with many coffee pod machines, the variety of drinks is impressive. At last count there were over thirty different pod types available, although some of those were remarkably similar. Weighing in at two and a half kilos, it’s not just small, it’s light as well, also good for getting it out and putting away regularly. It will hold around three quarters of a litre of water when you set it up to make a drink, enough for three decent sized mugs. A neat feature is the adjustable cup stand, which allows you to move the position of the cup up and down, much better if your cups or mugs aren’t very tall.

On to the customer views, overall the people who like machines that look nice really love the Tassimo Vivy, with plenty of uses of the word ‘cute’ and observations that it fits in nicely with other appliances, especially as it’s available in a range of colours. Other people note the long term cost of the Vivy, something that applies to most (if not all) coffee pod machines. That’s yet another reason why we like bean to cup makers, while you spend more up front, the daily running costs tend to be lower as the coffee beans don’t need to be compatible like the pods!

On other gripe about this machine is inevitable thanks to it’s size – the water tank needs to be refilled a lot. There’s no real way around that of course – if you want a small machine, it will have limited capacity between refills! 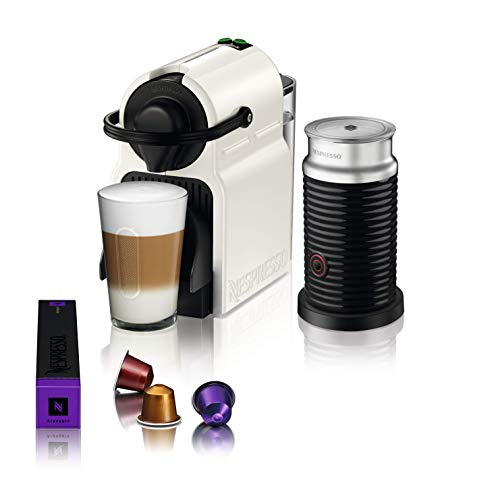 Krups are a big name in the coffee world, and have spent years building up their reputation. Their Nespresso coffee pod machines are commonly seen in kitchens everywhere, but is it that good?

As you would expect with one of the highest placed machines on Amazon, the customer views on this, just like the Tassimo above, are overwhelmingly positive. There are a few reports of the machine breaking down in the first year or suffering other faults, but these are very few and far between, and no matter what product you buy, there will be ones that go wrong from time to time.

When you buy the machine, you could be fooled into thinking that you have to buy the pods online from the Krups website, but that’s not actually true, although we’re sure they’re not going to argue about people jumping to that conclusion. In fact, if you’re happy to use compatible pods, you can often buy them from well known retailers, and even discount supermarkets like Lidl. Having said that, it may void your warranty, or at least mean you have to stand your ground and argue if your machine breaks down under warranty, so perhaps not wise to do in the first year. In fact, previous customers report that the product comes with a three year warranty, but that’s not something we’ve verified ourselves from the official manufacturer documentation.

Although this may not always be the case, the versions we’ve seen of the Inissia come with the ‘Aerocinno’ a milk frothing device that’s a complete stand-alone product (on the right in the above image). It’s a really simple to master frother which is great if you like milky coffees like lattes.

OK, we’ve probably made our point already, several times. We like bean to cup machines best, no contest. However, if money’s tight, these are certainly better than instant coffee, so to put it another way, they’re great for coffee lovers on a budget. Just remember that over time, you’re likely to need to spend more on these machines than you will do on a bean to cup coffee maker, it’s just that these are cheaper to buy in the first place.